IS the proposed Race Relations Act doomed to fail even before it has been drafted? Human rights advocates, lawyers and academics who recently attended a roundtable on the proposed act seem to think so.

The act, which was proposed by the government in September 2008, is unsettling stakeholders who are wondering if the law will do more harm than good. In a nutshell, the dilemma with a race relations act in Malaysia is this: will it be biased in favour of a particular race, or will it outlaw discrimination? If enforced, will it be applied fairly, or selectively as use of the Internal Security Act has shown?

Because of the legal and societal hurdles, Universiti Kebangsaan Malaysia (UKM) held a roundtable on 30 Oct 2008 to discuss The Proposed Race Relations Act in Malaysia: To Be Governed By The Heart or By The Law?

The panel of academics, lawyers, human rights and community development advocates were all either clearly opposed to or wary about a specific act on race relations.

He questioned whether such a law would be possible here, given that it contradicts Article 153 of the Federal Constitution which upholds special privileges for bumiputeras. 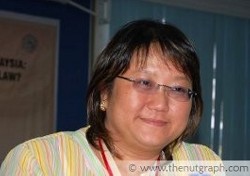 Tan: “Discrimination” has yet to be legally definedTo avoid focusing on race alone, another panellist from human rights advocacy group Persatuan Kesedaran Komuniti Selangor (Empower) Honey Tan said it would be better to have an Equality Act.

“The core of race-related problems is discrimination. Race has become politicised so the cause of the problem here is actually political. If we are to address discrimination, an Equality Act is broader and would cover more areas.

“The basis would be equality between individuals. It would challenge existing stereotypes about men and women and cover other minorities in society, such as transsexuals,” Tan said.

Social activist Datin Paduka Marina Mahathir, also a panellist, noted: “Equality is needed in so many areas. There is no use being multicultural, but a bigot, or being inclusive of all Malaysians, but racist towards foreign workers.” Equality must be extended to all minorities, says Bon“It all depends on what our framework is. If we see race relations or equality as being about human rights, then when minority groups feel discriminated and ask for equal treatment, they cannot be deemed racist, because human rights is about protecting those who are discriminated,” he said.

Tan and Bar Council human rights committee chairperson Edmund Bon also noted that human rights are not against affirmative action, on the condition that it is for past discriminations and has an expiry date.

Indigenous peoples’ activist Adrian Lasimbang noted that Malaysia has not shown any interest in signing the United Nations International Convention on Eliminating All Forms of Racial Discrimination (CERD).

“We don’t need a race relations act telling us how to behave towards one another, we need an anti-racism act. But tackling discrimination is not a priority. The government is not even considering ratifying CERD,” said Lasimbang, chairman of Jaringan Orang Asal SeMalaysia (JOAS).

One international anti-discrimination treaty the government has signed is the UN Convention for the Elimination of All Forms of Discrimination Against Women (Cedaw). Kuthubul: It depends on how Article 153
is interpretedMalaysia ratified it in 1995, and then in 2001 amended Article 8 of the Federal Constitution to prohibit gender discrimination. Countries which ratify an international treaty are obliged to follow through with local laws in support of the treaty.

However, as Malaysia’s Cedaw experience shows, being party to international law amounts to little if there is no will to embrace the issue. The case of Beatrice Fernandez, a MAS stewardess who was dismissed for being pregnant, is an example. Her court battle lasted 14 years until the Federal Court in 2005 struck out her appeal against the Court of Appeals 2004 judgement that she had no case against her former employer.

Tan, who was part of a women’s advocacy group holding a watching brief for Fernandez’s case, noted that the word “discrimination” is not in Malaysia’s legal vocabulary. “We still have no legal definition of discrimination. It is up to the judges to interpret.”

It is rather obvious why Malaysia has not become a party to CERD. Several speakers at the roundtable referred to Article 153 as a deterrent to anti-discrimination laws in Malaysia.

“The moment you legislate an act like the UK’s Race Relations Act, you’ll run afoul of our Constitution,” says Kuthubul.

However, some argue that Article 153 can be interpreted positively and hence could promote some measure of equality.

Says Kuthubul: “Since the article states that the King has the responsibility of safeguarding the legitimate interest of other communities as well, it could be read as providing equal protection to the legitimate expectations of minority groups.” In similar vein, Universiti Malaya law Associate Prof Dr Azmi Sharom says there are inherent safeguards in the constitution that preclude the need for any new law. “The constitution only needs to be applied reasonably and properly, unfortunately our authorities aren’t always reasonable,” he quips.

An example is Article 136, which prevents discrimination between federal employees in the same grade, regardless of race.

“People seem to forget this article, which means that while there may be quotas in civil service recruitments, once you are in, you can’t be discriminated [against]. If read together with Article 8, we could interpret that the same applies to private employment,” Azmi says. This would help Malay Malaysians who face difficulties in finding jobs in the private sector.

Overall, the roundtable session lacked clarity on the way forward except for strong objections to the proposed act, or for great caution in its drafting. But its views will be submitted to the National Unity department which is one of the agencies involved in drafting the proposed act. Marina called for the Federal Constitution to be taught
to schoolchildren

The complexities of race relations in Malaysia are not helped with the different communities each having subjective understandings of history. Thrown into this confusion are arguments over what the social contract really is, and how Article 153 should be interpreted.

Perhaps hope for the future lies in educating the next generation of schoolchildren. Marina suggests that the Federal Constitution be taught in simplified form in schools. Another panellist, former Inspector-General of Police Tun Hanif Omar suggests returning to the education objectives of early Malaya, where national unity was priority, unlike now, where the emphasis is on science and technology.

If education and human rights values can adequately address these problems, then maybe there will be less need for the government to regulate race relations.